Since I knew it was going to be over 100 degrees in Lodi today, I decided to spend the 1st day of Summer in the pool with Kellan! I took him over to Laura & Richard Terry since they have such an awesome pool! And since Kellan is there grand baby too, they even have a life vest for him! He just loves the water!! He kicks like he wants to take off swimming.And then after swimming, we were sitting on the towel eating snacks and the sprinklers came on. Kellan was sooo excited! He ran around to the different sprinklers. 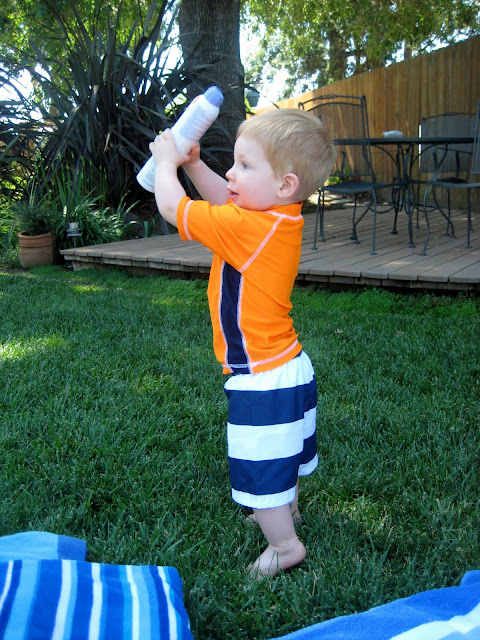 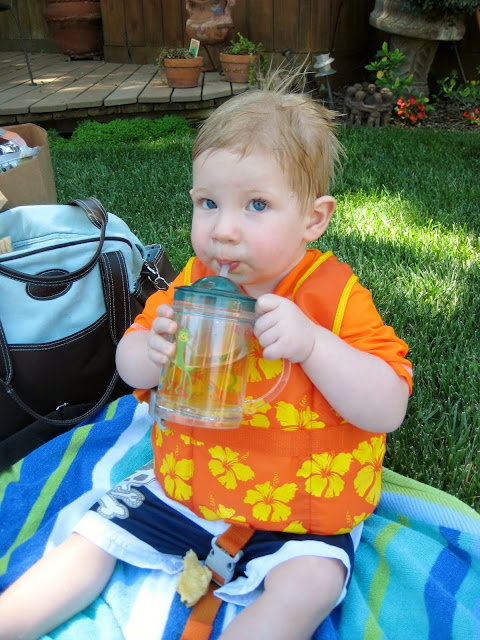 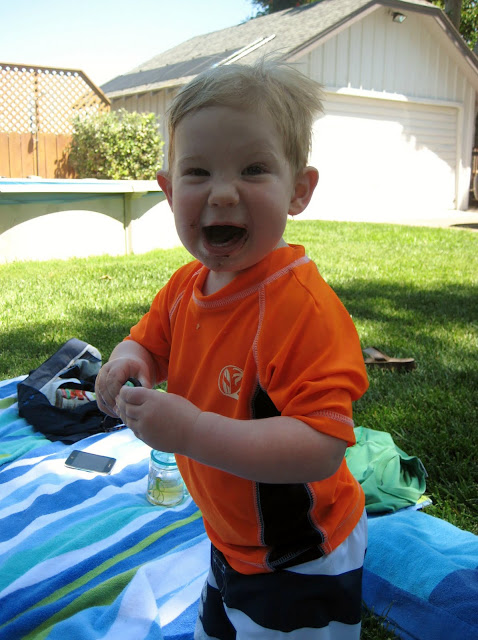 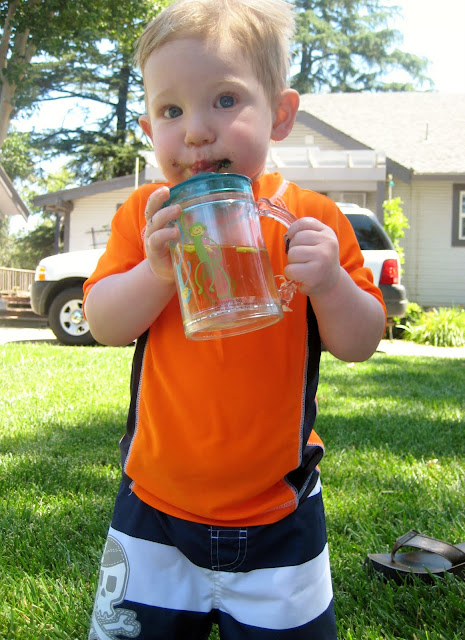 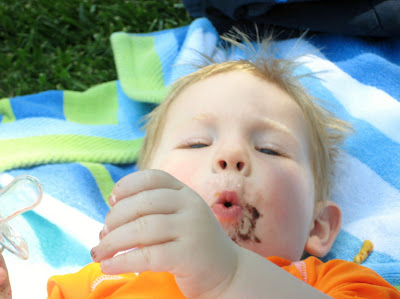 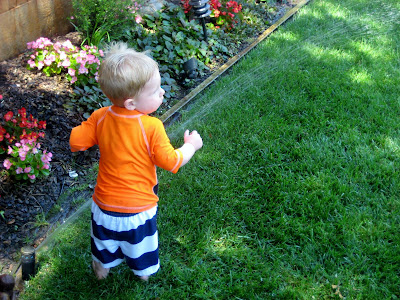 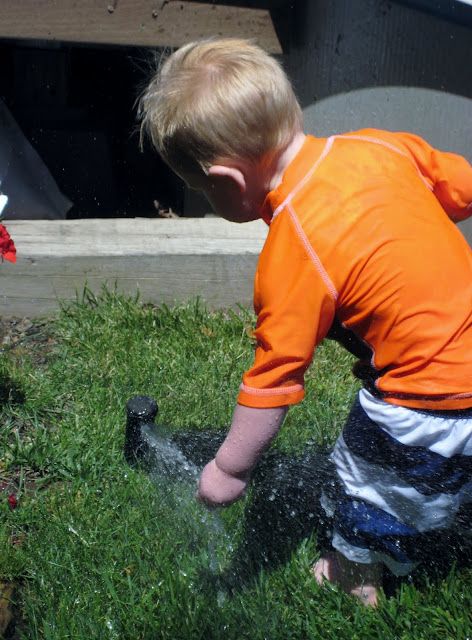 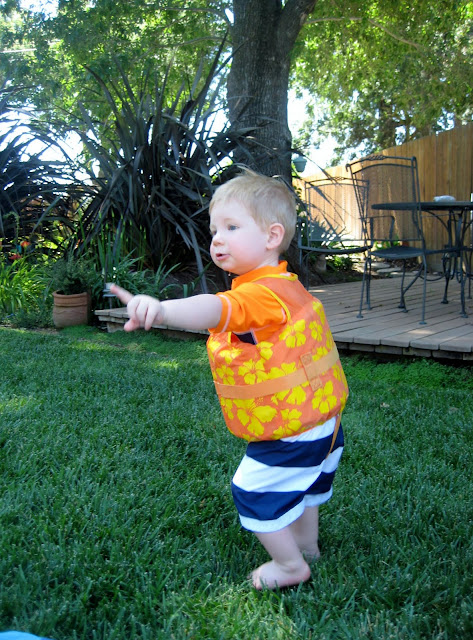